In the two rooms of our standing exhibition, more than four hundred years of the history of Békés county are overviewed: from the times of the Ottoman invasion of the Town of Gyula to the times of the changing of the systems around 1990. Between the two times, similarly to the history of the whole of the country, both the saddest and the most glorious pages of Békés county’s history, may have been written 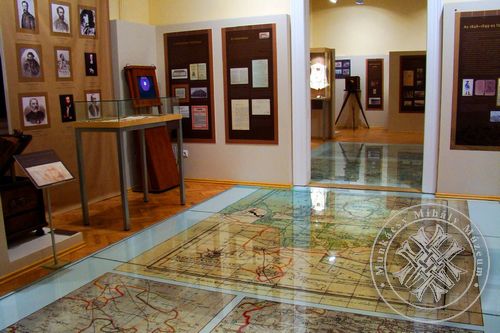 Naturally, the eras in question mostly coincide with those of the country but some minor historic deviations in the scope of our exhibition are justified by the special history of the area. No sharp lines have been drawn between some eras usually dealt with separately, in Hungarian history. Thus, e.g., right at the start, next to the Ottoman occupation of Hungary, the time of Rákóczi’s insurrection is also evoked. In the end, a consequence of the Turkish oppression was that historic continuity was interrupted and the countryside was devastated. Revival ran up only after the end of Rákóczi’s insurrection, when the turmoil ended. With that, a more peaceful period considerably differing from previous ones, was started. 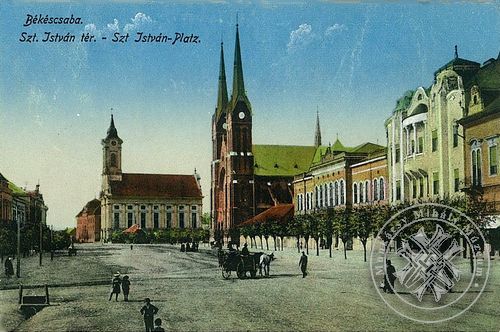 As it has already been mentioned, the exhibition starts from the first door to the left after the Munkácsy Hall and it displays the times from the Ottoman period to the end of the Kuruts era. Visitors are informed of the main events and the characteristic features of each period by way of leading texts. Thus, labels can be read of the “long decades” stretching from the time of the new conquer of the 18th century to the mid-18th century, at the end of which, in the Reform Age, Békés county caught up with the forefront of the fights for realizing national objectives and progress. The first room closes with the age of the 1848-49 Revolution and War of Independence as well as the age of despotism in the 1850s. 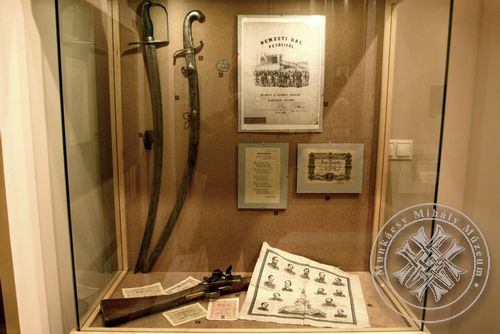 The second room opens by evoking the flood-prevention and railway construction works started during the time of despotism in the 1850s. It was these works that founded the development of the Age of Dualism which was impeded by the First World War. The events that followed also counteracted development: the short periods of the „Chrysanthemum” revolution and the Hungarian Soviet Republic were followed by almost one year of Romanian invasion. In 1944, at the end of the period countermarked by the name of Miklós Horthy, our area was invaded by the Soviet army before Szálasi’s reign could have prevented it. In the remaining part of the room, the documents and some relics of more than four decades from 1944 to the time of the changing of the system around 1990 can be seen: they relate us stories of the resettlements, the hard dictatorship following the hope of democratic renewal right after the Second World War, of 1956 and the reprisals and the subsequent soft dictatorship. 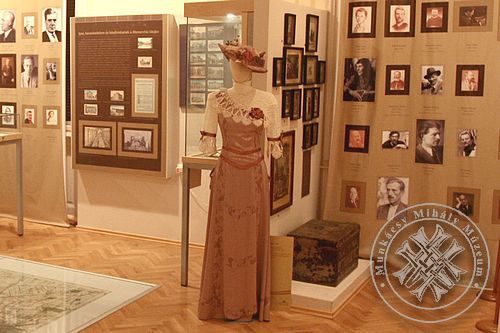 Go to Top
Betűméret változtatása
Kontrasztarány növelése
Accessibility by WAH
We use cookies on our site to provide the best user experience with secure browsing.Accept